The Tetney project, nearby Grimsby, the UK, involved the replacement of the offshore pipeline and manifold section of the oil import line. The replacement activities of the 4.2 kilometer long pipeline took place during the summer. 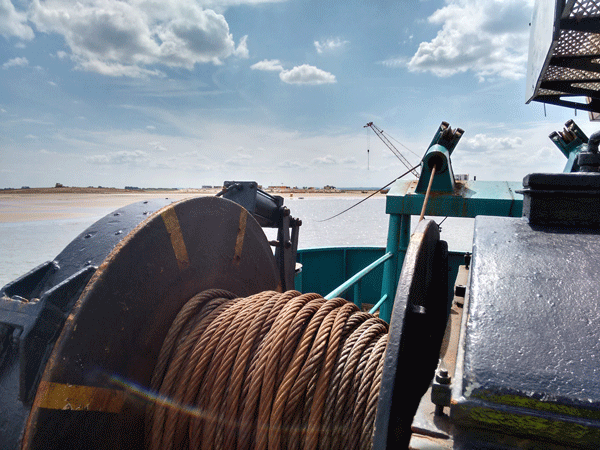 Acta Marine supported the Tetney project with the Coastal Boxer, Multra Salvor 3, CC Atlantique and the Coastal Worker. The Coastal Boxer was used for anchor handling activities, vessel supply and assistance of other vessels involved in the project. To keep the SPM buoy in position, she cooperated with another vessel and controlled the cable attached to the mono buoy. The buoy then had to be attached to eight heavy anchors, each of them having its own connection. The Coastal Boxer assisted in connecting the anchors to the buoy. Due to the swell and the subsequent movements of the buoy, the activities took place at night, when the weather was expected to calm down.

The Coastal Worker was used to operate and rebury the pipeline at a water depth of at least 80 centimeters. The vessel has the capability to fall dry and wait for the next tide to float again on her four point mooring system. Bulldozers were working at the beach and the dredging vessels needed more water under the keel, while the Coastal Worker operated in shallow waters. By using a 3D-echoscope, the seabed was scanned and the suction pipe was monitored. The adjustable jet nozzle, fitted on top of the suction pipe, liquefied the soil to improve the dredging performance. The captain and his crew operated the control systems and achieved the expected burial depth and length of the trench. The effective execution was of great significance, since the first oil tanker was planned to use the pipeline only a few weeks after the activities of the Coastal Worker took place. 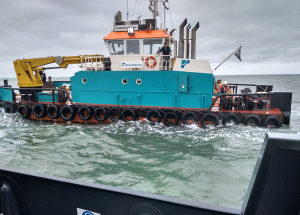 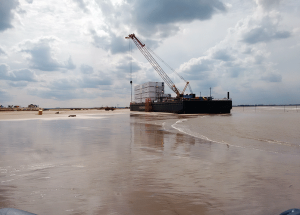 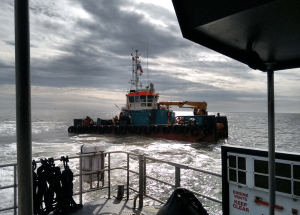 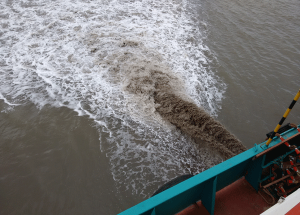 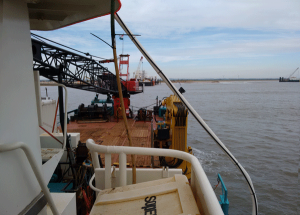 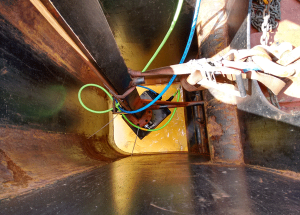 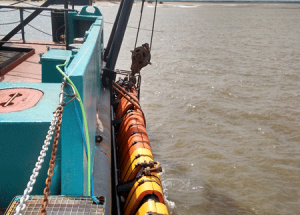 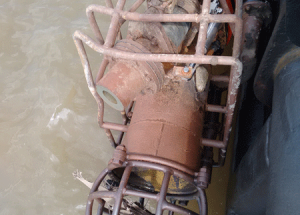 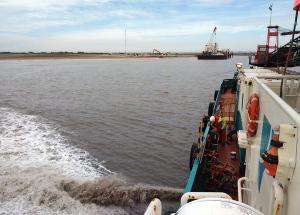 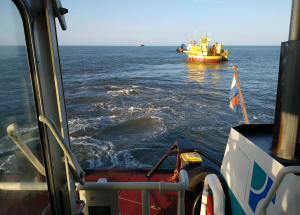