One of Acta Marine’s Multicats – Coastal Discovery – has completed a shallow water cable reburial project for a German offshore wind farm. The contract was carried out in close cooperation with the client’s operators and hydrographic survey team. 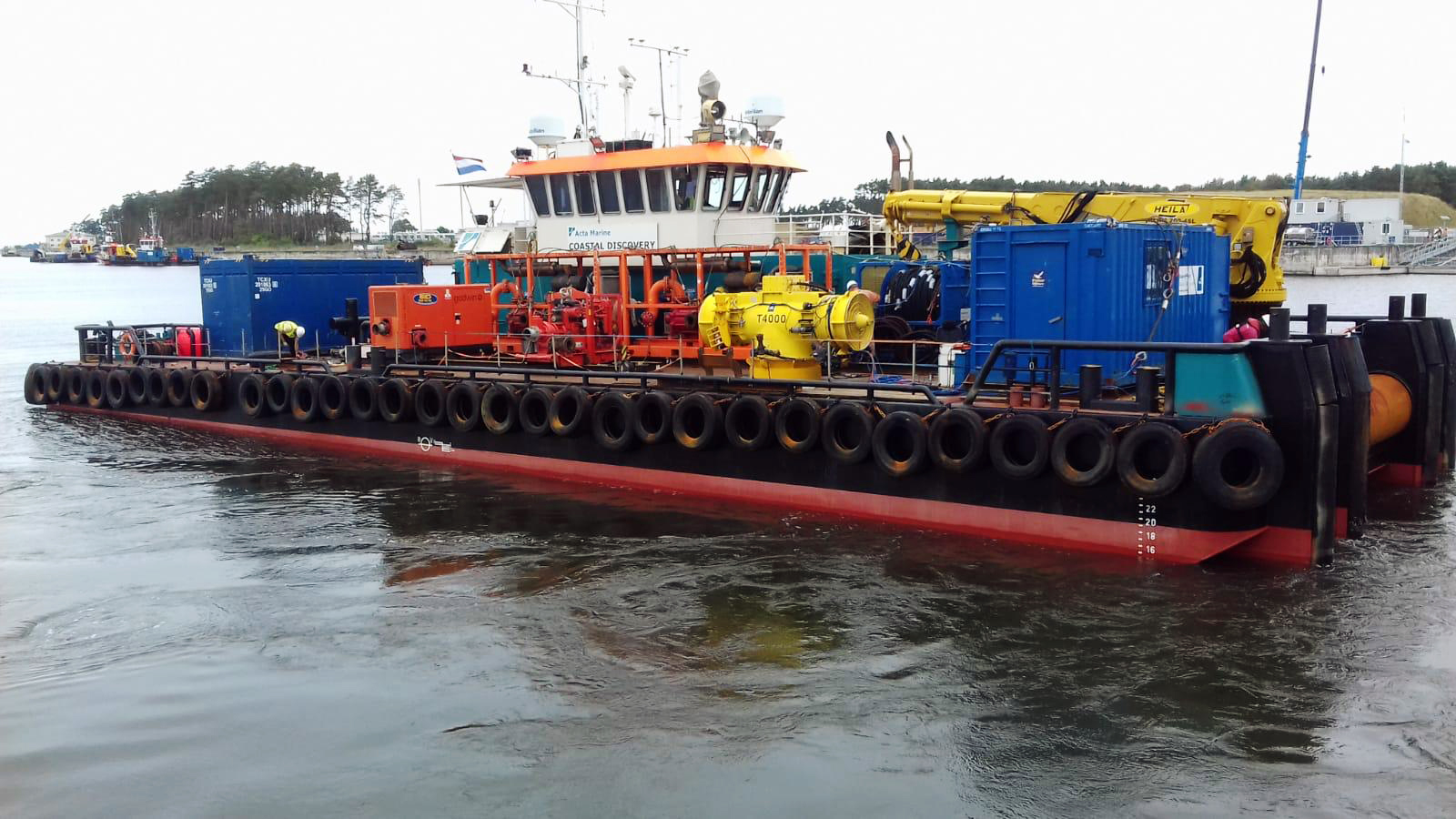 Mobilised from its home port of Den Helder in the Netherlands, Coastal Discovery sailed to the port of Freesendorf on Germany’s north coast, where preparations for the project included:

A mass flow tool is used to carry out subsea cable re(burial) operations. It is a T-shaped tube with impellers on both horizontal sides. Water is taken into the impellers and forcibly pumped into the downward facing outlet tube. When positioned over the seabed, this jet of water brings the surrounding substrate into suspension. The cable or pipeline (generally referred to as a ‘product’) then sinks into the seabed. By performing repeated passes over the product, it can be lowered consecutively deeper into the seabed.

For more compact seabed substrates, the mass flow tool can be equipped with high pressure nozzles, connected by hoses to water pumps on the deck of the vessel. The major advantage of using a mass flow tool is that, because it is a non-contact form of excavation, there is no chance of damaging subsea infrastructure. Subsea survey equipment can used to obtain a huge amount of information. For this contract, Acta Marine needed details of seabed topography, cable position and depth of burial.

The contract called for an extra crane inspection. However, due to Acta Marine’s continuous commitment to maintaining high quality equipment, this proceeded without any comments.

As a requirement from the end-client regarding operations in an environmentally sensitive area, the preparatory work also included replacing all the vessel’s hydraulic oil with bio-degradable oil.

With all the preparatory work complete, Coastal Discovery and crew commenced the actual work of reburying approximately one kilometre of cable. 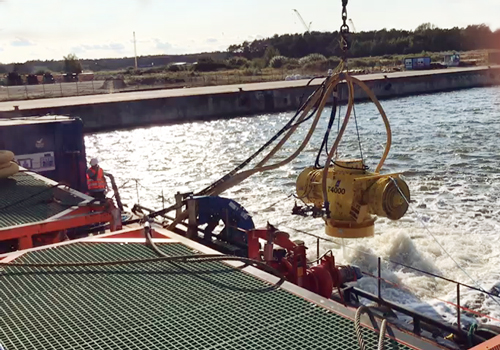 “Our DP Multicats are the perfect boats to accommodate project-specific tools and associated power requirements because of their spacious work decks and powerful cranes,” commented Acta Marine Project Manager Cor Visser. “What’s more, operations took place in waters between three and five metres deep – letting Coastal Discovery really show her shallow draft skills. As a result, this relatively complex project was completed without incidents in a matter of days.”