The Acta Orion assisted DEME Group subsidiary Tideway with its cable pull-in, testing and termination campaign at the 396MW Merkur wind farm off Germany. Operating from the Dutch port of Eemshaven, the Acta Orion performed accommodation and W2W services as well as cargo transfers to assist the tower teams, using the cargo functionality on the Ampelmann E-1000 gangway. 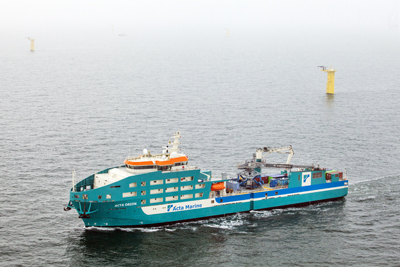 Prior to commencement of the project, the Acta Orion drydocked at Oranjewerf in Amsterdam for routine survey and maintenance, including maintenance on its Ampelmann Etype gangway system to prepare it for the 2018 season’s work. During the docking, the two TLQ’s on Captain’s deck were also removed and 8 single cabins on tween deck were converted into double cabins, providing a permanent and more comfortable solution for accommodating a higher number of Charterer’s personnel onboard.

With the conversion of part of the cabins completed, the Acta Orion now has to 28 single cabins and 32 double cabins, increasing the maximum allowable number of persons on board from 80 to 88 PoB including marine crew. The necessary class approval had already been obtained for carrying the additional persons onboard. 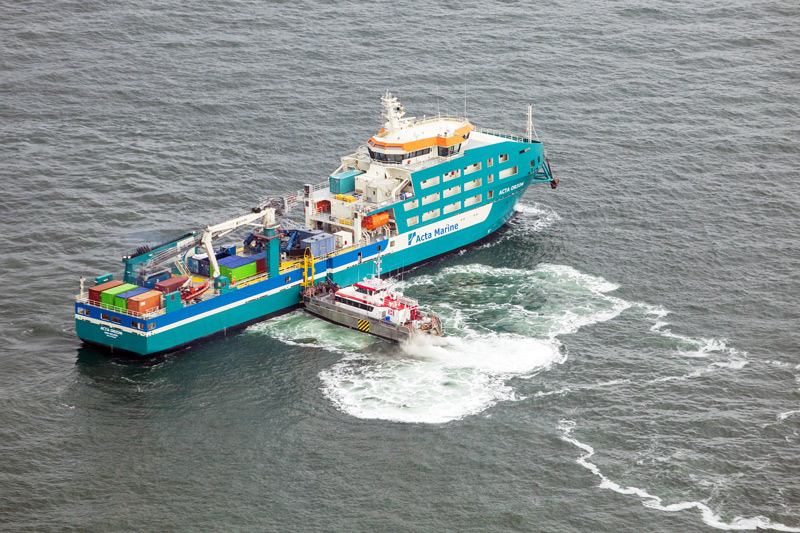