Acta Marine has a long history in towage. The 3209 Shoalbuster Coastal Vanguard (with her 50 TBP) is one of the prominent tugs that, besides for project related assistance, is also -literally- taking a lead on the towing market. Coastal Vanguard has crossed the Atlantic Ocean several times with different tows, such as a pipe lay barge. 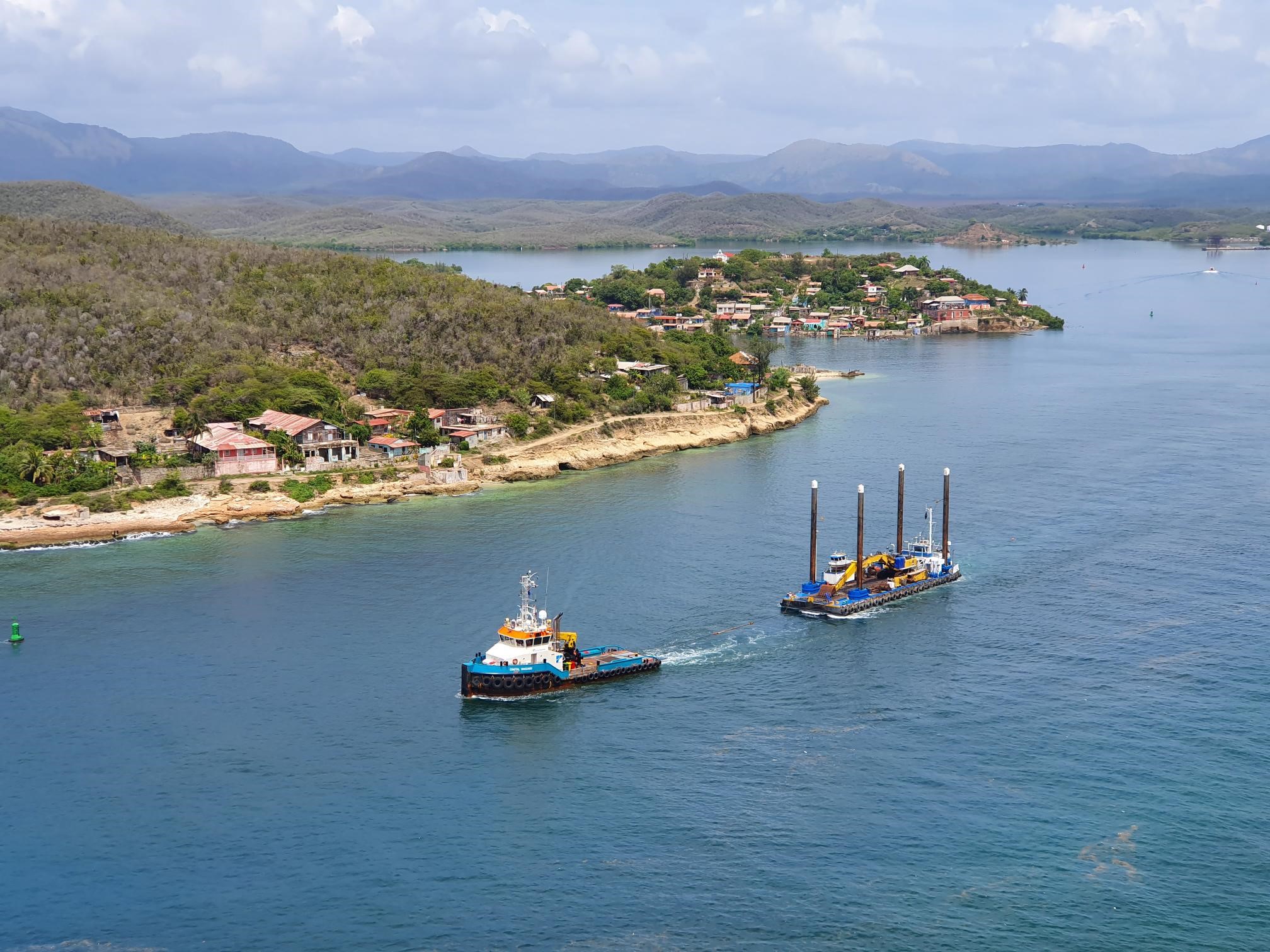 In the second half of 2021 Acta Marine’s Coastal Vanguard has carried out again several tows and double tows. The vessel being optimally equipped with all required towing gear and, moreover, with an easy workable lay-out for pushing barges bow-on, Coastal Vanguard has proven to be a reliable and cost-effective solution for towing a diversity of equipment, more recently between the North Sea area and Baltic, but at the same time other areas, like the UK, West-Africa or destinations in the Mediterranean Sea are well within the working range of this powerful and shallow drafted tug.

Early in 2021 a 60 x 21 meter barge was towed from Rotterdam to Port La-Nouvelle on the French Mediterranean coast. After some months project work on the Atlantic coast of North Africa the vessel returned in September 2021 to the North Sea area, where soon a contract was waiting to tow 2 barges from Szczecin to Rotterdam, hence the vessel mobilized to Szczecin through the German Nord-Ostsee Kanal between Brunsbüttel and Kiel. Once on location, the tow was composed by bringing the two different barges together on a single berth and rigging the tugs towing equipment. Acta Marine is also providing the regulatory day marks and solar powered navigation lighting for the towed objects.

In the Caribbean Sea region several (double) tows were carried out over the years. 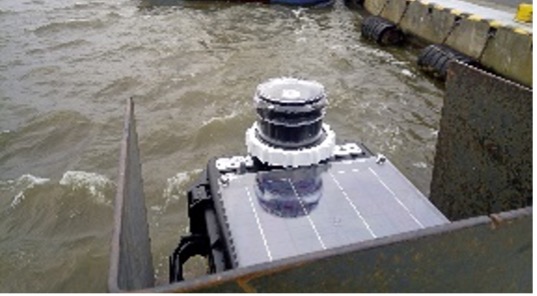 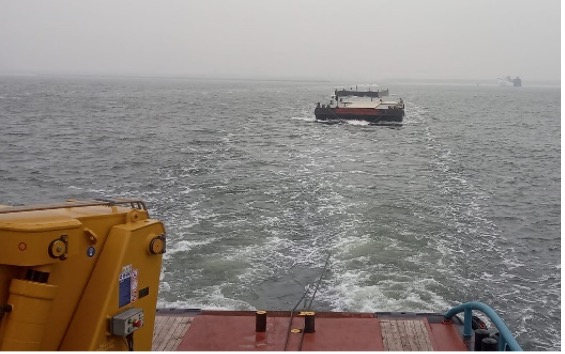 Two empty pontoons (50 x 14 and 50 x 19 meters) were towed in drizzly weather to Rotterdam via the Skagerrak.

In direct continuation, after delivering the double tow to Rotterdam, a round-trip was organized towing a 50 X 14 mtr barge from Dordrecht to Malmö, with routing through the Kieler Kanal again, due to a multiple day bad weather forecast near Skagen area.

Successively a 76 x 24 meter barge loaded with earth moving machinery was taken from Szczeci-Swinoujscie back to Dordrecht.

With the latter tow coming into the port of Rotterdam just hours before a wind force gale 8 was forecasted, the team has most certainly showed vigorous planning skills and safety awareness. Taking the lead in towing is giving Acta Marine a world of experience… 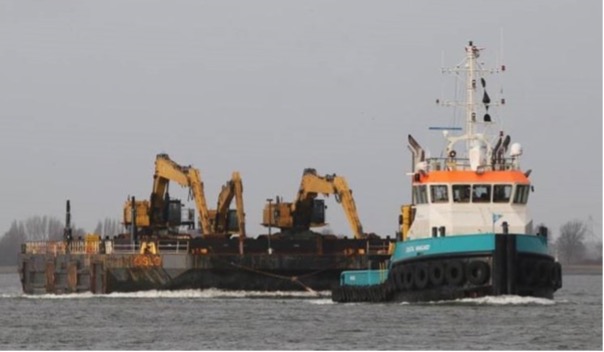