Acta Marine BV together with its France representative office is pleased to announce the award of a long term charter contract for providing Crew Transfer services on the “Nouvelle Route du Littoral” project in La Réunion Island. 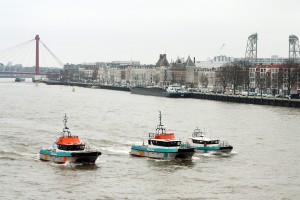 The contract is fixed for 2 years of service, includes three Crew Transfer Vessels (CTVs) Offhore Provider, Offshore Progress and Offshore Response and options for the contract to be extended.

The CTVs were acquired from Workships Contractors early 2015 and are still managed by the Workships team in Rotterdam.

Acta Marine has been active in France for many years, since 2013 from its offices in Versailles and since then concluded several significant contracts with leading French contractors such as GEOCEAN CGG / Seabed Geosolutions ORANGE Marine among others. These projects where executed with the diverse fleet of Acta Marine in the regions Asia, Middle East, Europe and Latin America.

Acta Marine will support the “Nouvelle Route du Littoral” project from the project shore base at Port Réunion Est.

Acta Marine owns and operates a fleet of over fifty vessels; tugs and multicats for coastal and deepsea operations, CTVs and offshore support – walk to work vessels. The vessels operate for a large variety of clients in construction support, offshore oil & gas and the renewables markets on a global basis.