In two months, these will be out sailing on the ‘Acta Centaurus’

In a little more than two months, the next offshore wind vessel for Acta Marine, the ‘Acta Centaurus’, will be completed and ready for CSV/SOV operation. Acta Marine’s site team is following the vessel’s progress on a daily basis, staying at Ulstein Verft on a 4-week schedule. On Sunday, 17 February 2019, they closely followed the installation of the helideck. 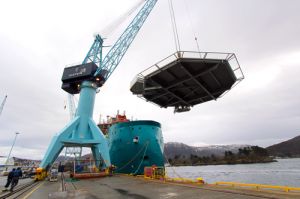 “The main topside equipment, including tower, gangway and crane, has been installed and tested previously, the helideck was the final equipment installation to take place,” says Marcus de Greef, who is Project Manager for Acta Marine.

Marcus continues: “Commissioning of ships system such as main engines, propulsion system, bridge manoeuvring system together with completion of the interior in accommodation will be given focus the next weeks. Inclining test and yard sea trial are the largest remaining milestones”.

A social crew, appreciating the comfort and facilities on board

Several of the site team members will be working on board Acta Centaurus, and several have also been working on the sister vessel, Acta Auriga. From the stories they tell about daily life on board the vessel, we can tell that these crews and clients are highly sociable people, enjoying the on-board facilities after having served long shifts. One gaming room is not enough, so they’ve managed in good cooperation with Ulstein to fit in another gaming room on the Acta Centaurus. We’re not just talking about Nintendo or the likes, the crews also enjoy traditional board games, such as Chess and Risk. The gymnasium is actively used, as well as the sauna.

Cooperating closely with the yard

Michelle Lofflerwill be 1st officer On Acta Centaurus: ”I need to get familiarised with the vessel and the ship’s systems. My job, as well as the others in the team, is otherwise to secure that the shipbuilding contract is being followed up accordingly.“

The yard is compact, and it is not hard to run into the supervisors when the site team needs to get hold of them.

The yard is small, and so is the town of Ulsteinvik, counting less than 6,000 inhabitants. The natural scenery is great, located at the Northwest coast of Norway where fjords are cutting the landscape, and with very short distance to the impressive alps of Sunnmøre and outdoor life. However, the choice of restaurants and nightlife is not in abundance. So, what do the teams do in their spare time?

“I’ve been a mariner for 32 years, and a captain for the late 25,” says Fons Martens, who will also be captain on the Acta Centaurus, adding: “I have been to yards for newbuild inspections in several parts of the world. As mariners, we are used to working 4-week shifts, so being here is no issue. We have long work hours. Here in Ulsteinvik, we mostly cook our own food, as the restaurant prices are much higher than in Holland, and we’re frequenting the local training centre.” 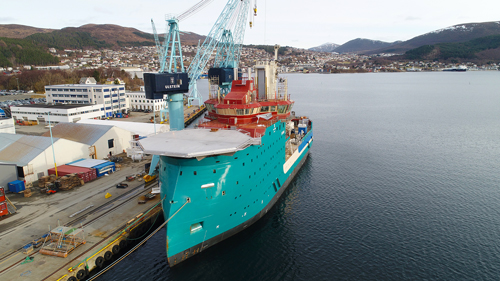 The Acta Auriga was built on speculation and received a two-year contract with OceanBreeze Energy before the vessel was delivered from Ulstein Verft. The Acta Centaurus is also built on speculation, as is the helideck. “More and more, the offshore wind activity is moving further offshore to remote location. More of the wind farms are now requesting a helideck, so we decided to have one installed to increase the flexibility of the vessel”, Marcus states. 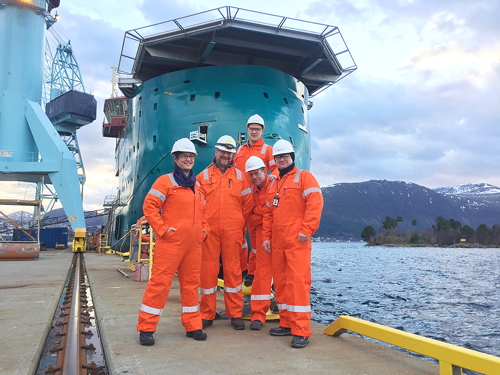 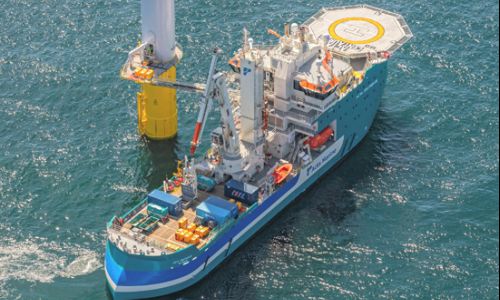 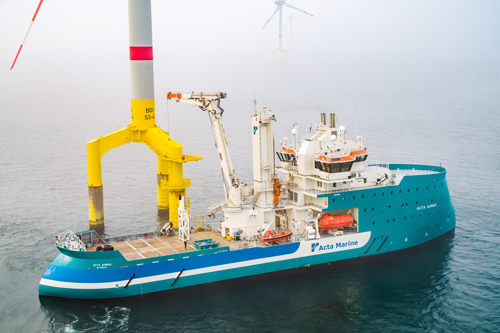 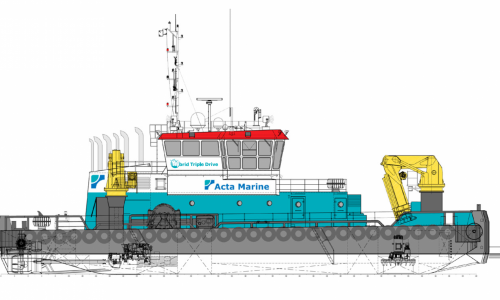 Acta Marine announces the most sustainable workboat in the market: a new hybrid DP2 Multicat