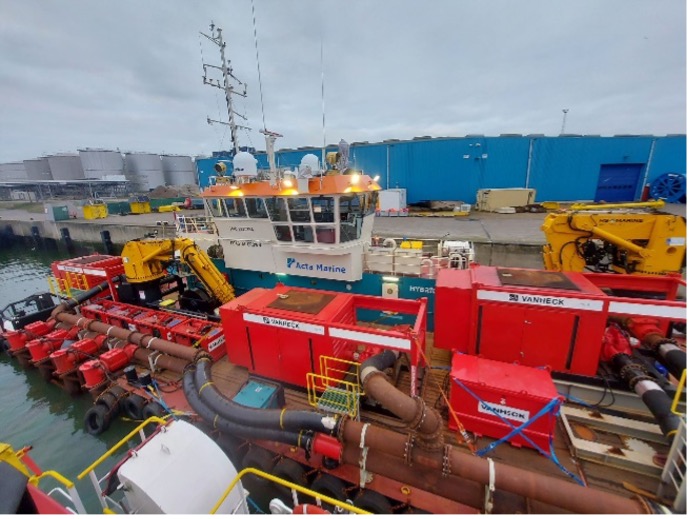 “Meanwhile about a year has passed and the vessel has proven its versatility, economic fuel consumption and the capability to carry out even more complex tasks than her predecessors. This is moving Acta Marine up in the value chain and makes the company stand out from the competition,” says Dennis Bras, Acta Marine’s General Manager Commerce. 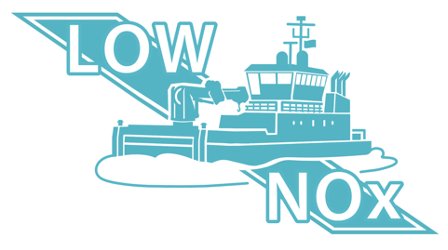 After extensive trials in 2021 the vessel was chosen by Charterer Jan de Nul for the cable installation part of the TenneT project on Hollandse Kust Noord & West Alpha (HKN-Wα) offshore wind parks as an integral part of their spread for trenching of four power export cables up to 8 meters below seabed. Bras continues: “Main criteria for selecting the vessel were her fuel-efficient operation and DP-2 station keeping capabilities combined with very limited green-house gas emissions (with a reduction of up to 70%). The extensive accommodation for up to 19 persons was less important for this project, still the Charterers had several operators and staff lodged on board throughout operations. On the other hand, the over 200 square meters of deck space were filled with equipment to the very last centimeter. The draft mark had to be moved up temporarily by ten centimeters to carry all the Charterer’s equipment, together with sufficient fuel for a long enough endurance at sea. Although the vessel is 20% more fuel efficient than competing vessels, Charterers needed fuel for their own equipment as well.” 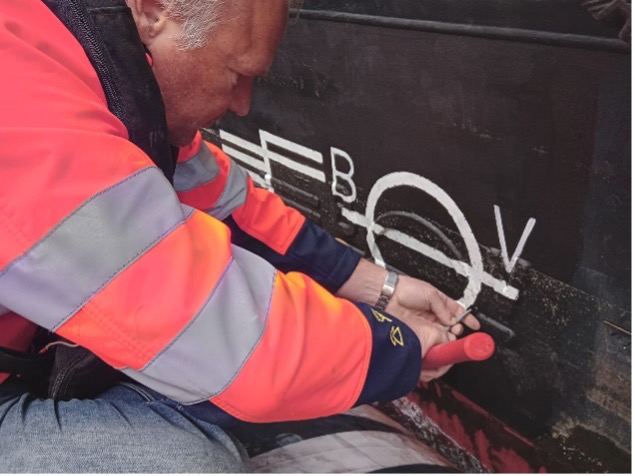 The diesel-electric power trains and integrated battery pack (equivalent to four Tesla cars) appear to perform better than previously anticipated. Moreover, the electric set-up allows for unparalleled advantages when operating the vessel. Port operations like shifting berth and DP-idling at sea can be done with the use of a single generator, still the vessel is a proverbial powerhouse with over 30 tons Bollard Pull. The Bollard Pull strength is important for several other tasks the vessel is also laid-out for, like towing, anchor-handling, and ploughing.

Dennis Bras gives a summary of the past year: “Days after the name giving ceremony the vessel started on her first contract. Several campaigns on the Hollandse Kust Noord & West α export cable scope were planned, from September 2021 until the Summer 2022. A variety of jobs was done after the initial beach trials for positioning the vessel on DP in ultra-shallow water. Out-of-Service-cables removal, port trials with a giant trencher and Pre-Lay Grapnel Runs (PLGR) were carried outprior to the start of the main scope. In a slow but tight dance with the giant yellow trencher “Moonfish”, built and owned by Jan de Nul, the Coastal Crown really sparkled like the Trenching Queen, following her partner in a dance over the seafloor.”

Throughout the Summer of 2022 the Coastal Crown has worked on the project and eventually demobilised by mid-August 2022, just in time to start mobilisation for yet another cable project.

With the Hollandse Kust (North) and (West Alpha) project TenneT takes care of the connection of the wind farms that are built on the North Sea to the national electricity grid (Grid at Sea). To make this possible, TenneT is building platforms in the sea, laying cables and building a transformer station. More information about the projects on: https://www.netopzee.eu/hollandsekustnoord/ or download the TenneT BouwApp for free from the App Store (iOS) or Google Play (Android). The BouwApp provides you with up-to-date information about the works.

Bras concludes: “Over the past year, the occupancy of the vessel has been high, even where the HKN-Wα scope left gaps in the schedule, the days were filled with all kinds of jobs like a post burial cable survey in the Baltic, and trenching a section of a communication cable with the tracked Pharos trencher in Oostende Between September 2022 and January 2023, the vessel will assist with the laying of two communication cables for the Red Sea Development project in Saudi Arabia.

Upon completing the works in the Red Sea, the vessel is expected to return to the North Sea area, in time for the start of the 2023 offshore season. Acta Marine is happy to have this unique vessel in her fleet and is looking at further developing the concept for yet another one.” 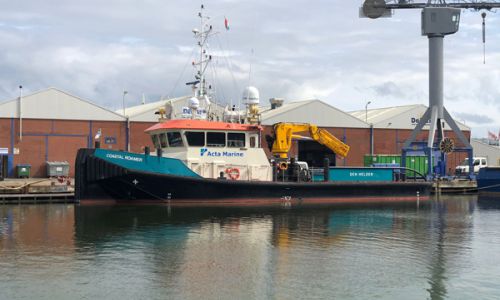 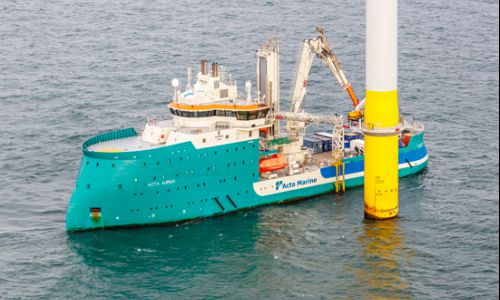 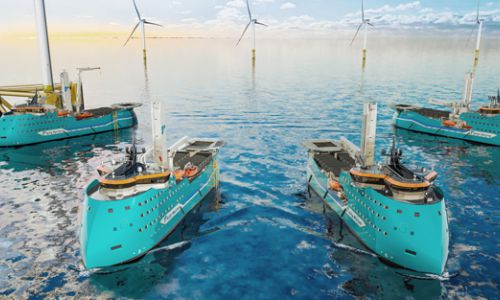