Construction of a deep sea port and access channel

The Coastal Assistant and the Coastal Power were operated during a project in the Indian Dhamra harbor. 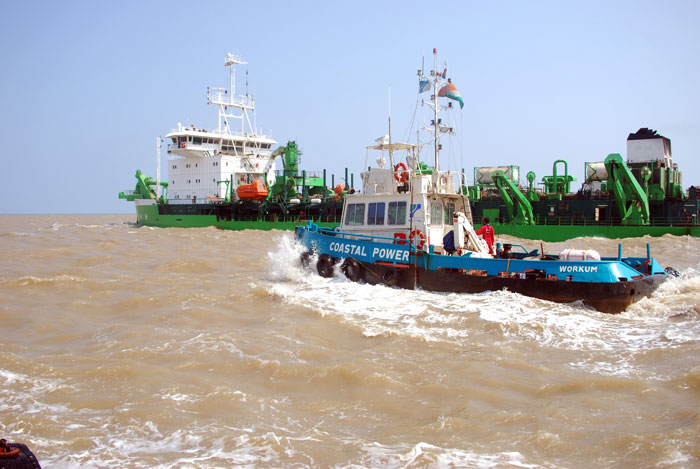 The port of Dhamra was originally a fishing harbor. Today it is the deepest port in India. The modern bulk vessels for transport of coal, iron ore, and other minerals require a deep draft. Therefore, an eighteen meter deep access channel was constructed.

Two Acta Marine vessels were deployed during the operations. The Multicat Eurocarrier 2009 Coastal Assistant was used for linking activities and providing supplies. The Coastal Power attended crew transfers. This Damen Stan Tug 1605 was also used as a Tug, Survey Vessel and Linking Vessel.

This project had a duration of three years, was completed in 2010, and consisted of: linking the Hopper Dredgers, providing supplies, crew transfers and survey activities.