The old line was ten kilometers long and is replaced by a dual 22 inch pipeline. The pipeline runs from the Gamba terminal to a Pipe Line End Manifold (PLEM).

The Coastal Voyager started its voyage in the Netherlands and towed the Pontramaris pontoon. The vessel assisted the MMA Cavalier with the PLEM tow. The PLEM was placed on the beach, and the Coastal Voyager prepared the hold back of the 18 tons StevPris anchor. She also made the connection with the anchor wire from the StevPris anchor to the MMA Cavalier.

The main task of the Coastal Discovery is to provide in ROV support during the project. The Anchor Handling Tug also performs survey activities and operates as a safe haven for divers. She shot the messenger line to shore, connected to the tow wire of the MMA Cavalier, and connected the 150 tons PLEM.

This project has a duration of about a year. The Coastal Voyager completed her activities around September 2015. The Coastal Discovery will be assisting until March 2016. The activities consist of: towing activities, survey operations and anchor handling. 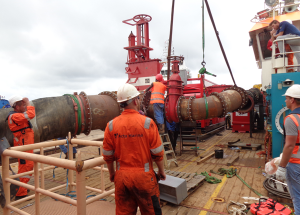 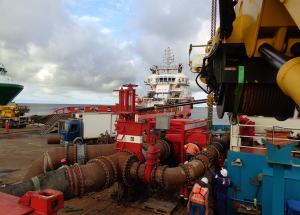 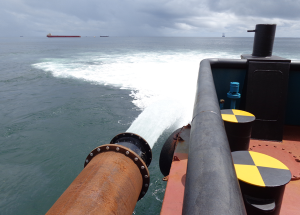 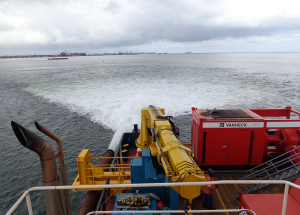