The Multicat Eurocarrier 2209 Coastal Hunter is operating in Scotland as a Fish Farm Support Vessel. The farm cultivates Scottish salmon.

The Coastal Hunter assists during marine projects on a fishing farm in Scotland. The Multicat Eurocarrier 2209 is mostly operated during the construction and remodeling of existing and new Scottish salmon farms. Later on in 2014, Sara Maatje VIII was added to the project. This Shallow Draft Multipurpose Vessel is deployed as a peroxide vessel with four ISO tanks on deck.

This project started in September 2013, and consists of: anchor handling and logistical support activities. 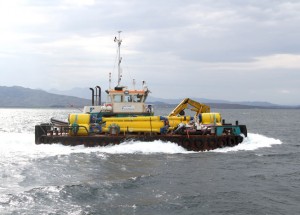 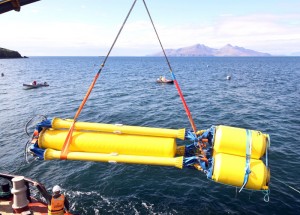 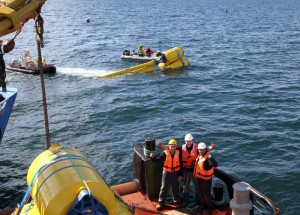