The Stingray is a Shallow Draft Pipelay Barge. It is operated to build an oil pipeline with a diameter of one meter and a length of four kilometers. A Pipe Line End Manifold (PLEM) was placed at the end of the pipeline.

The Coastal Victory was responsible for anchor handling, survey operations and touch down monitoring. To determine the exact location, where the pipe must hit the seabed, the vessel is equipped with a multi-beam.

This project had a duration of six months, was completed in 2013, and consisted of: anchor handling, survey operations, towing activities with buoyancy tanks, touch down monitoring, crew transfers and providing supplies. 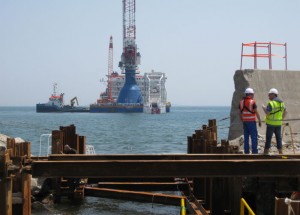 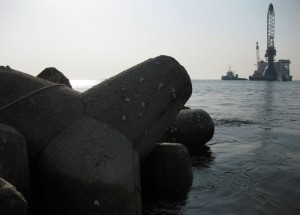 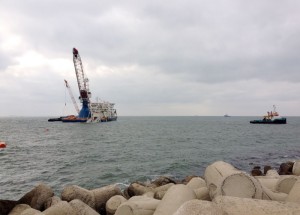