Offshore Performer was contracted to support a beach replenishment project at Bournemouth Beach on the South Coast of England. Erosion had taken its toll and the beach was in great need of replenishment; hence a large hopper dredger was brought into service to bring sand ashore. 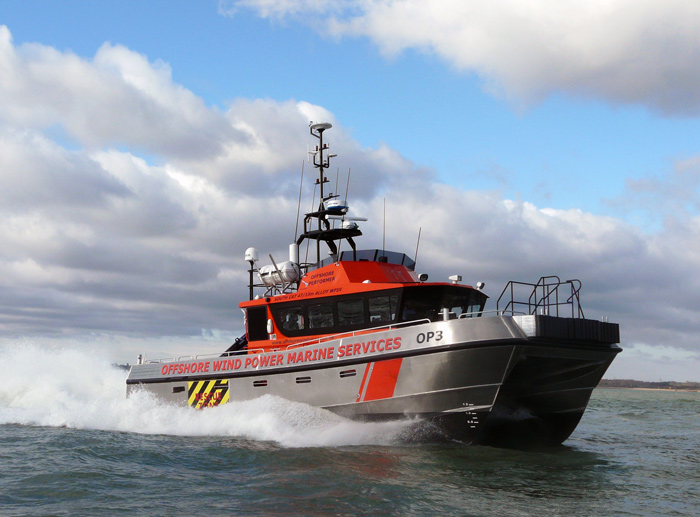 Vessel to carry out various activities

Offshore Performer was the link between both a Multicat and a hopper dredger. It was able to carry out crew changes on both vessels, thus enabling the project to continue 24 hours per day. Upon arrival off Bournemouth Beach, the hopper was connected to a hose, which pumped the sand ashore. The sand was brought from a position southwest of the Isle of Wight.

Various superintendents, local council officials and environmental officers were taken to the site to oversee the Bournemouthproject. This project was completed in early May and the Offshore Performer since relocated to the port of Grimsby on the East Coast of England. A pipeline is being set up off Mablethorpe in Lincolnshire to execute the same dredging operations and to create a better sea defence for the UK’s East Coast against sand erosion. 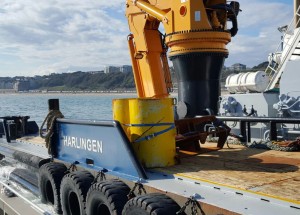 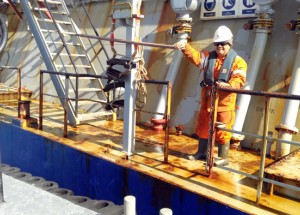 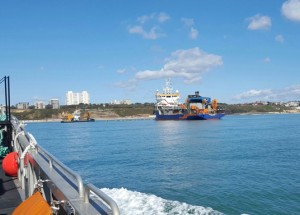 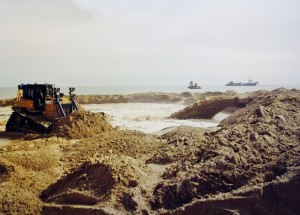