Acta Marine has been involved in the Mittelplate project since 1981. This is a Drilling and Production Island in the German Wadden Sea that is operated by DEA Deutsche Erdoel AG. Our work there primarily consists of crew transfer and platform supply duties. 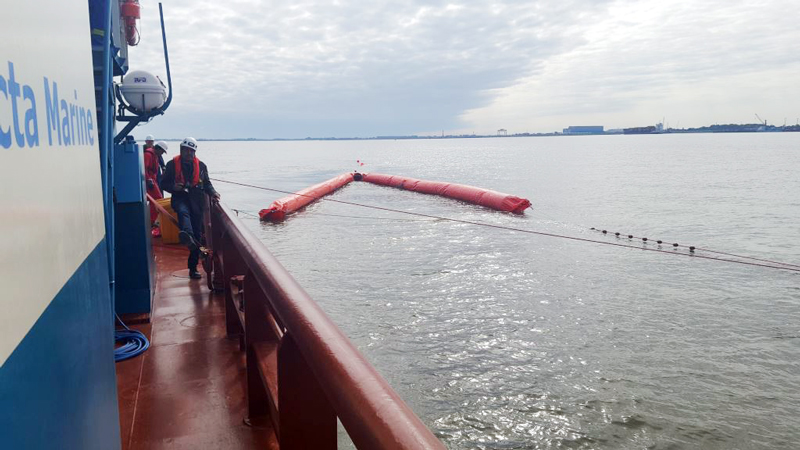 Due to new regulations for North Sea drilling and production platforms, DEA Deutsche Erdoel AG has had to make precautions for a ‘worst case scenario’ oil situation. Part of these safety measures consist of including a quick response oil recovery system on to one of the platform’s support vessels.

Vessel and crew recently completed the successful testing of the oil recovery system. Over a three-day period, deployment and towing of the system was performed via a port side trawl boom. “The results are very positive,” comments Acta Marine Operations Director Cor Visser. “Our response times were around the 30 minute mark – a fact that our client is very satisfied with.”

Considering the location of the Mittelplate platform (in a German National Park and a UNESCO World Heritage Site) the outcome of this testing demonstrates Acta Marine’s commitment to complying with the latest environmental regulations. And in the shallow waters of the German Wadden Sea, vessels like the Sara Maatje X (with a minimum draught of just 85cm) act as invaluable tools to get the job done safely and effectively.

The project had a duration of three days, was completed in october 2016. 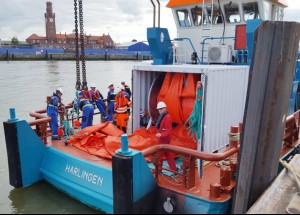 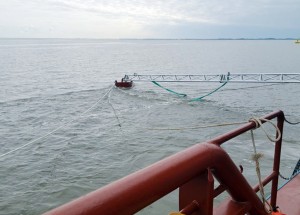