The year 2016 couldn’t have started better. Acta Marine is pleased to announce the latest addition to our fleet: Coastal Ace. This Multicat vessel strengthens our fleet and will enable us to provide better service to our clients on their shallow water projects.

Our latest Wind Farm Offshore Support Vessel Acta Orion, christened in October 2015, has started its work within the Gemini wind park, located in the Dutch part of the North Sea. The main activities of the Acta Orion is to provide support during the construction phase of the offshore wind park. 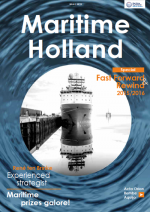 Acta Marine was featured in the eight edition of the Maritime Holland magazine. The article discusses the largest vessel of Acta Marine’s fleet: the Acta Orion. 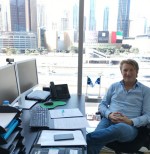 Acta Marine and CIG shipbuilding are proud to announce that the new build construction support vessel of the Dutch marine operator Acta Marine “ACTA ORION”, was christened at the naming ceremony held on Thursday 22 October at the port of Harlingen, The Netherlands.

In an interview with Allard van Hoeken – Engineer of the Year and Head of New Energy at Bluewater Energy Services – it became clear that the launch of the BlueTEC tidal platform so far has been ‘a great success’.

V-SAT installation on the Coastal Chariot

On September 3rd Acta Marine signed a contract with Alphatron Marine for the delivery of V-SAT satellite systems. These systems will be used on our larger vessels. With the installation of V-SAT Acta Marine is able to provide a higher standard of service towards the crew and it's clients.

The Workboat Safety Forum, established by the National Workboat Association (NWA), has been shortlisted for the prestigious RenewableUK Breakthrough Award.

In Iraq the Coastal Ranger operates as the main tug on a salvage project. This Shoalbuster 2609 performs its activities during salvage and wreck removal operations.